When it comes to religious men, it is usually imagined that they are prayful and studious guys. In Vietnam, more rarely have people seen the religious men going to the market, cooking, sanitizing and planting. Probably there is no one has thought of them who do business! Nevertheless, the Vietnamese Jesuit scholastics indeed extend their religious realm in order to be a businessmen in trading calendars, cups and books. What happens? 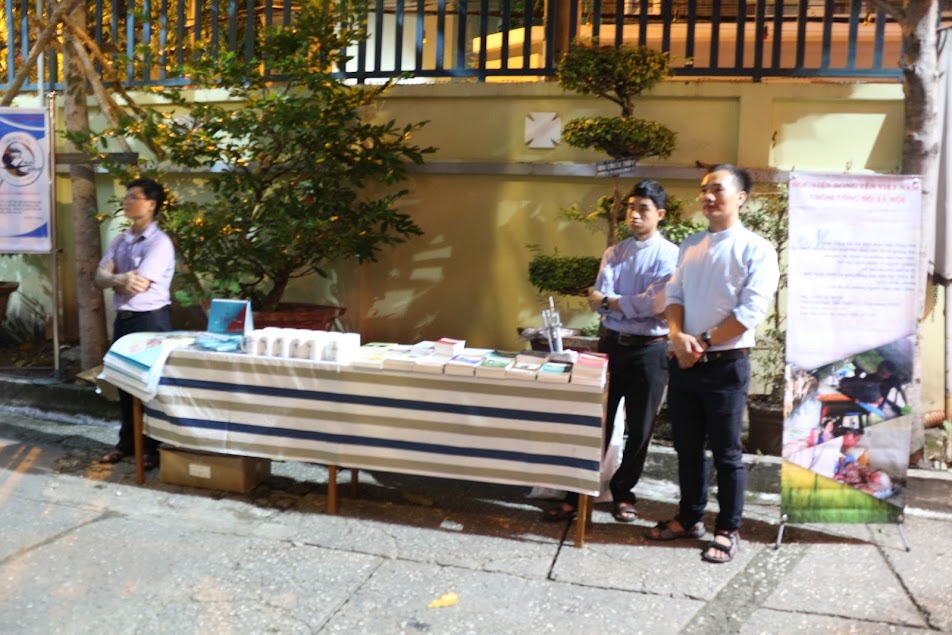 Pic 1 – The scholastics are waiting for customers

They are actually doing business. This is indeed a business with capital invested and interest gained. They have invested in writing and publishing books; buying and selling cups and calendars. This kind of business is an activity of the Jesuits for years. It has been carried out by the group of scholastics who are in charge of the social apostolic work in St. Joseph Jesuit Scholasticate Community. 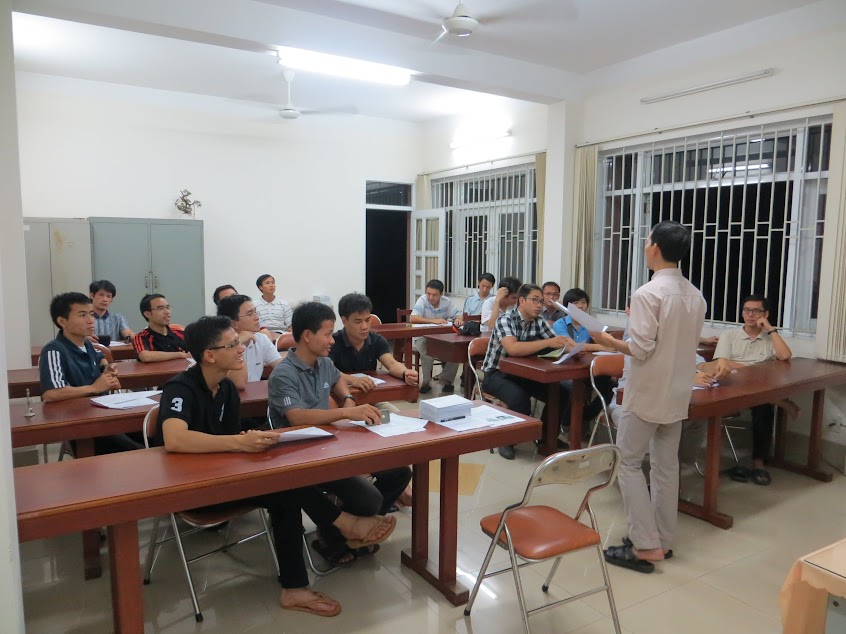 At the beginning, their business was potentially sprung up in the days of a year. On weekends, the scholastics two by two set off to the corners of the streets in Thu Duc district and neighboring regions in order to seek and find the poor, patients and the old-age people. 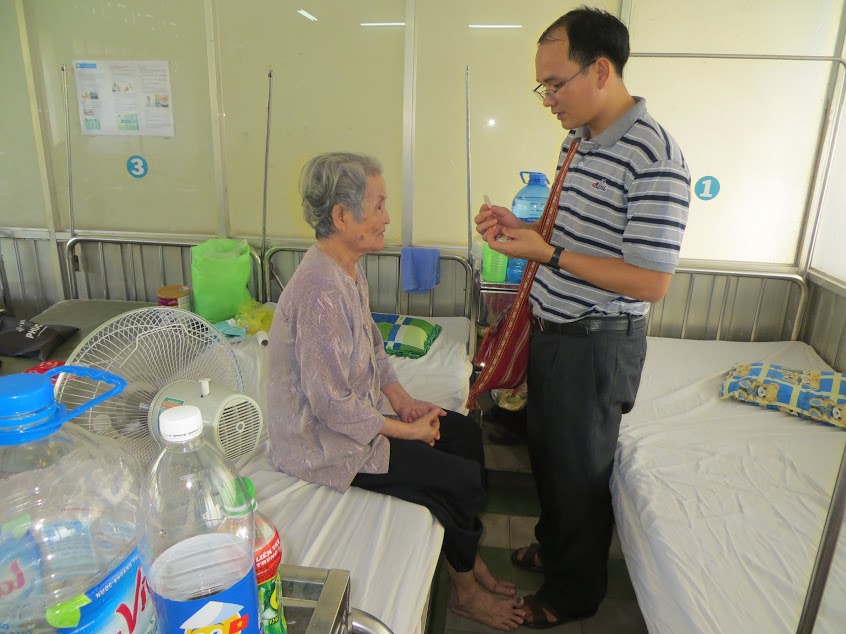 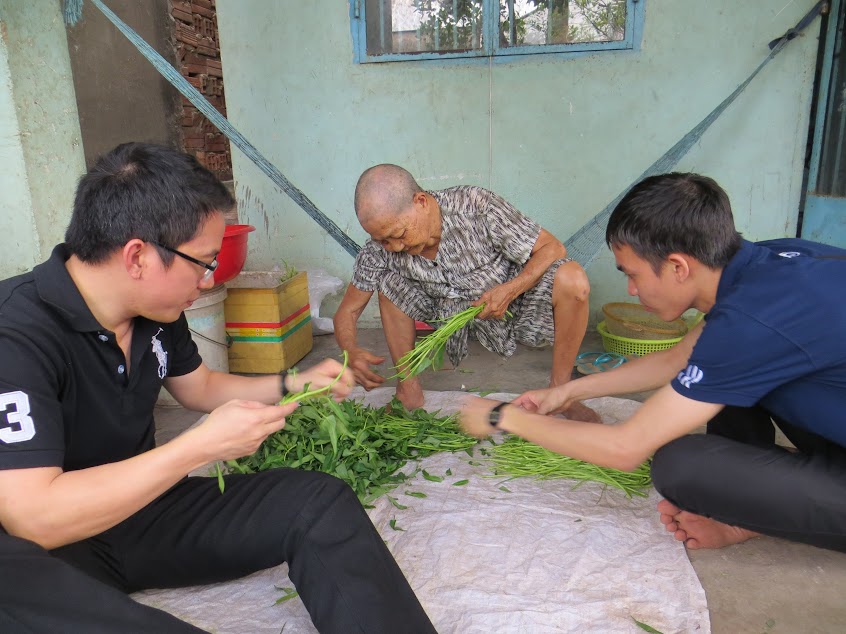 Pic 3 – The visits with the friends of the Lord

The visits were done, and subsequently, their feelings within their heart were written down to be the lines of genuine experience. They were collected and then published. Two volumes of the book “The Lessons within the Hearts” were filled up by the words of the apostolic hearts. 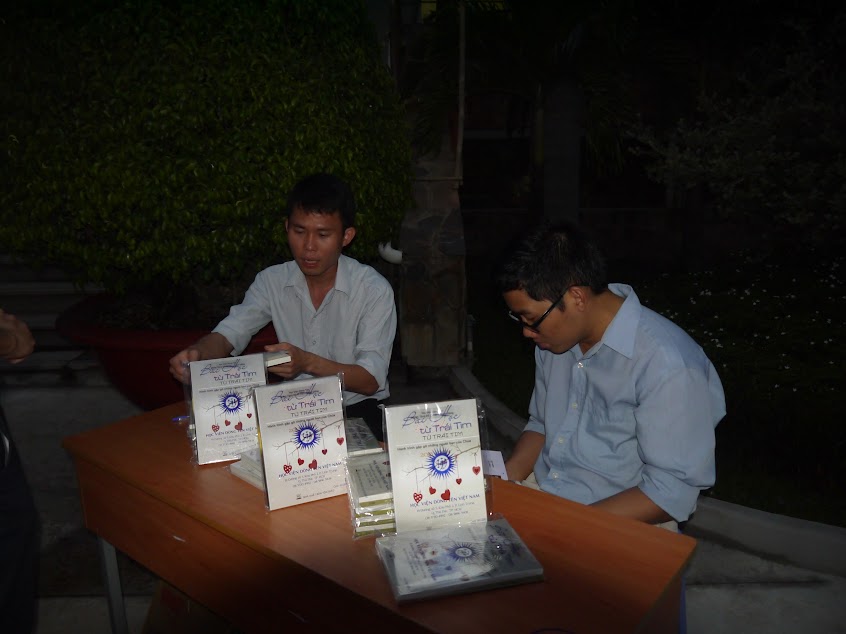 Afterwards, in the time of 1 or 2 months before Christmas, the Jesuits by themselves assigned the task of selling books. They went to the parishes whose parish priests warmly welcomed the Jesuit businessmen because of their love for the poor. The items have been more and more diversified. There are calendars, cups and books designed and published by the Mass-media Board of the Vietnam Jesuit Province. 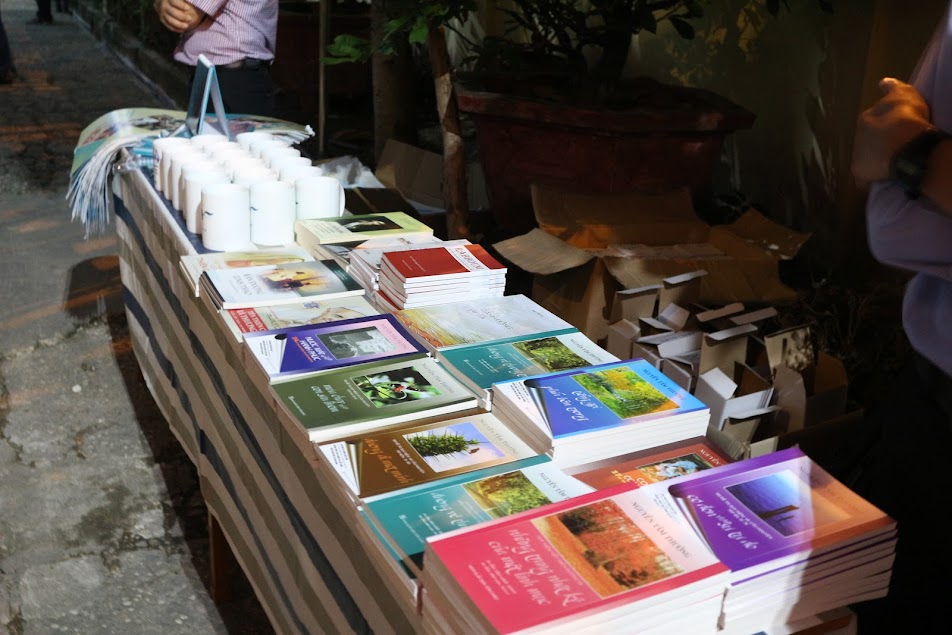 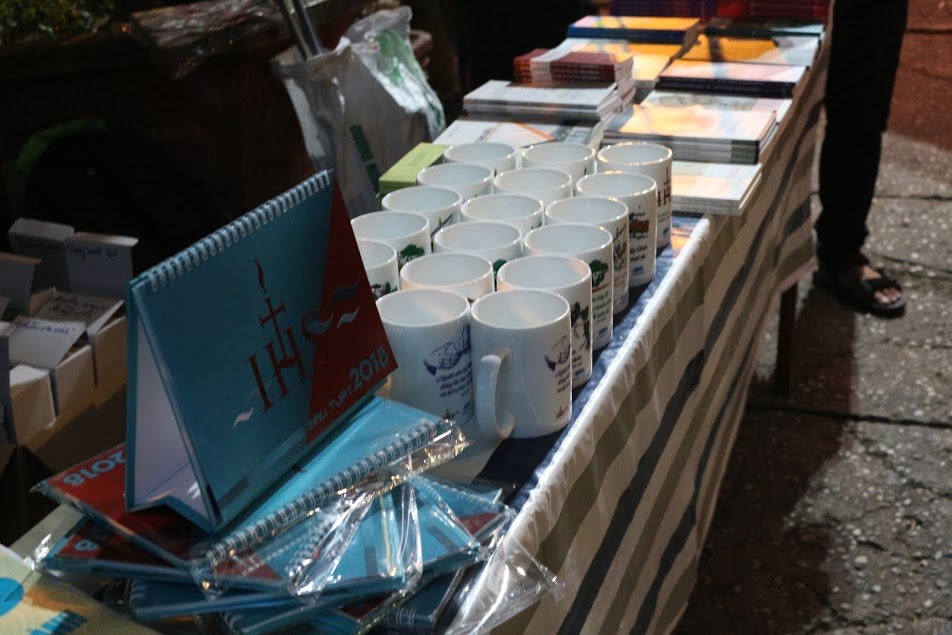 For what reasons are they doing such business? Are they earning their living? Telling the truth, they are getting the effort to make money not for themselves but for a greater “investigation.” They try to find income for the sake of serving the poor. They need funds to keep their social apostolic work alive. As a matter of fact, the money gained from selling the items will be reserved for the Christmas party of the friends of the Lord.  They are the poor, the patients and the old people with whom we have visited and accompanied. Moreover, the money is made good use of to maintain and extend the welfare plans. Until now, there are more than 20 plans in progress, including helping the poor on foods, medicine, medical insurance and capital; and supporting students with learning tools, bicycles and scholarships. 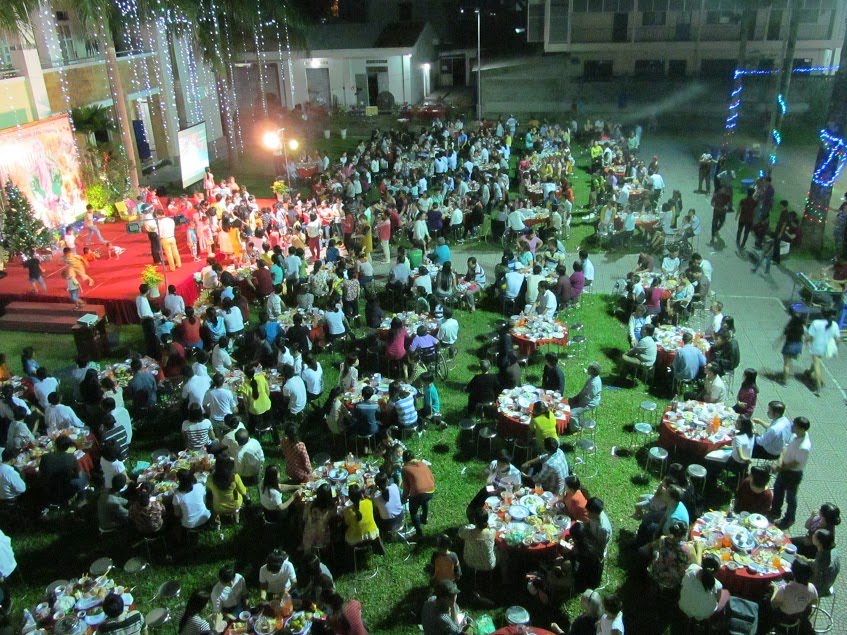 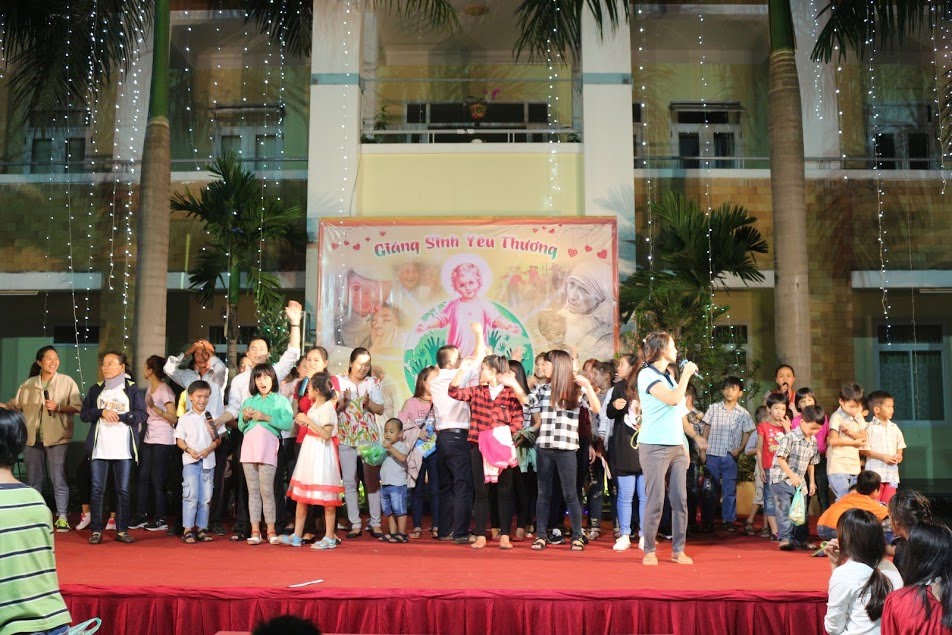 At the first sight, it seems to be a normal kind of their business as such. However, the business is “abnormal” in reality because the sellers know that most of the amount of money gained comes from the generosity of the buyers. The money they paid is much more than the real cost of the items they got. This kind of trade is also the “spiritual” business for the reason that the money, both the capital and the interest, is totally used for the sake of the apostolic work, that is, serving the poor as Jesus our Lord has commanded. 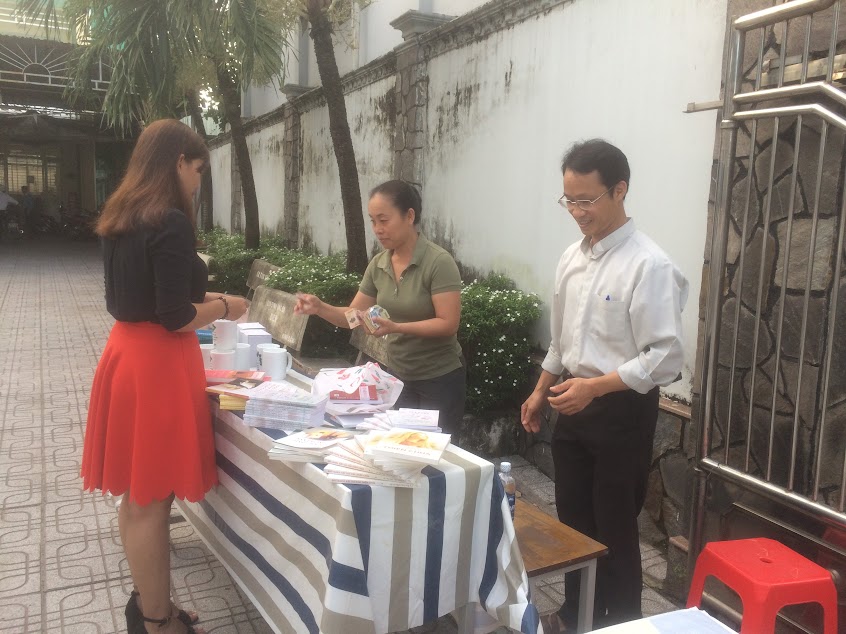 Pic 7 – A face radiant with the smile of a scholastic when a customer comes to buy Jesuit items.

It is self-evident that the sellers need the buyers; partners are required in doing business; and in order to conduct the social apostolic work, the funds are essentially needed. The Vietnamese Jesuit scholastics have taken a risk to “do business”, they need the “strategic partners” who cooperate with them to develop the business and make it more fruitful for the greater glory of God.