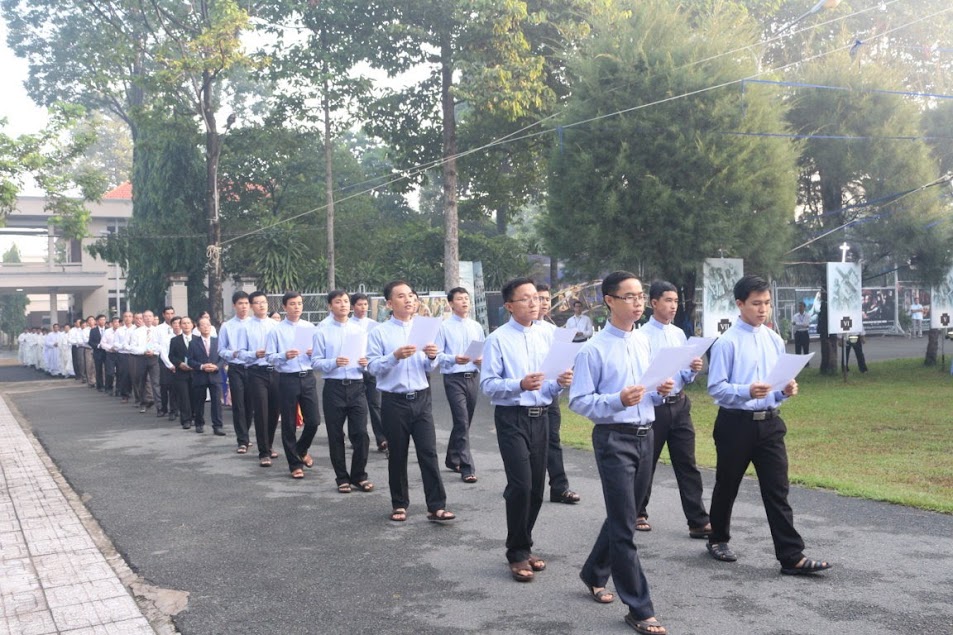 In May 31, 2017, all Vietnamese Jesuits warmly welcomed 16 new Jesuits who had just taken the first vows in Ho Chi Minh city to enter the Society of Jesus.

Following are their names:

For 2 years of Novitiate, 16 have experienced “the love of Christ constraineth” (2Cor 5:14), with the approval of the Society, each of them one after another formally pronouced the first 3 vows: Chastity, Poverty, & Obedience in front of the Body and Blood of Jesus Christ in the Mass of Mary of the Visitation, 31 May, 2017.

The main celebrant was Fr. Vincent Phạm Văn Mầm, S.J., the provincial of Vietnam Province. Relating to the Gospel of Mary visiting Elizabeth, he mentioned 3 dominant virtues of Mother Mary in his homily: (1) Mary’s entrusting faith – her most beautiful “Yes” to God; (2) Mary’s example of Gospel messengers; (3) Mary’s archetype of service. Meditating on Mother Mary, Fr. Vincent asked the new Jesuits to say “Yes” to God with their entrusting faith as Mary did. In addition, he recalled that Jesus carrying the Cross is indeed the Lord whom they desire to follow. Therefore, by fulfilling their 3 vows, they are capable to follow Him in their religious life. By doing that, a new Magnificat will be sung by each of them. 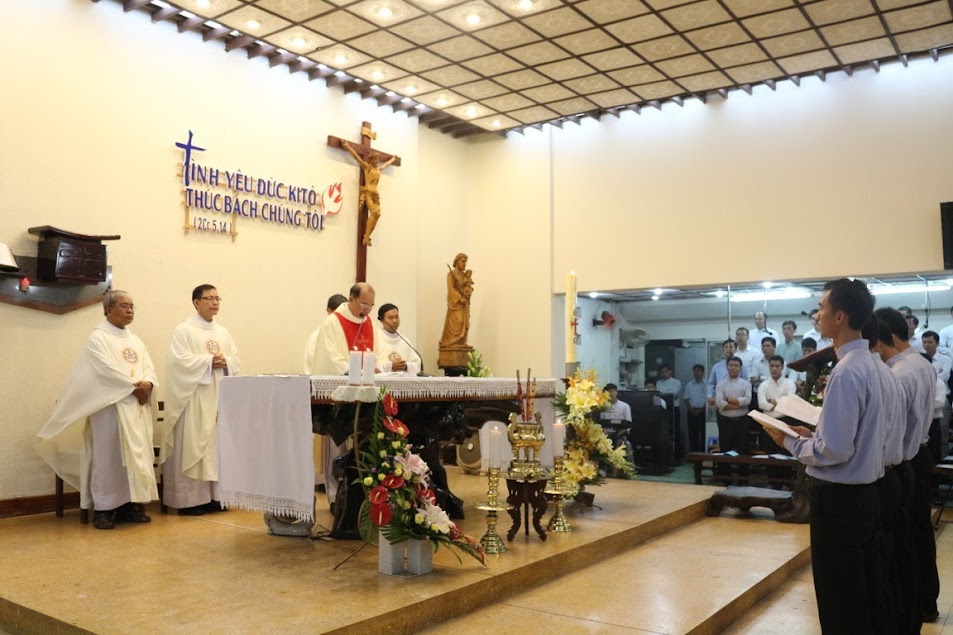 Fr. Lê Quang Chủng, S.J., the Novice Master of Vietnam Province, along with Fr. Provincial offered the vow Cross and the Constituions of the Society to each new Jesuit. 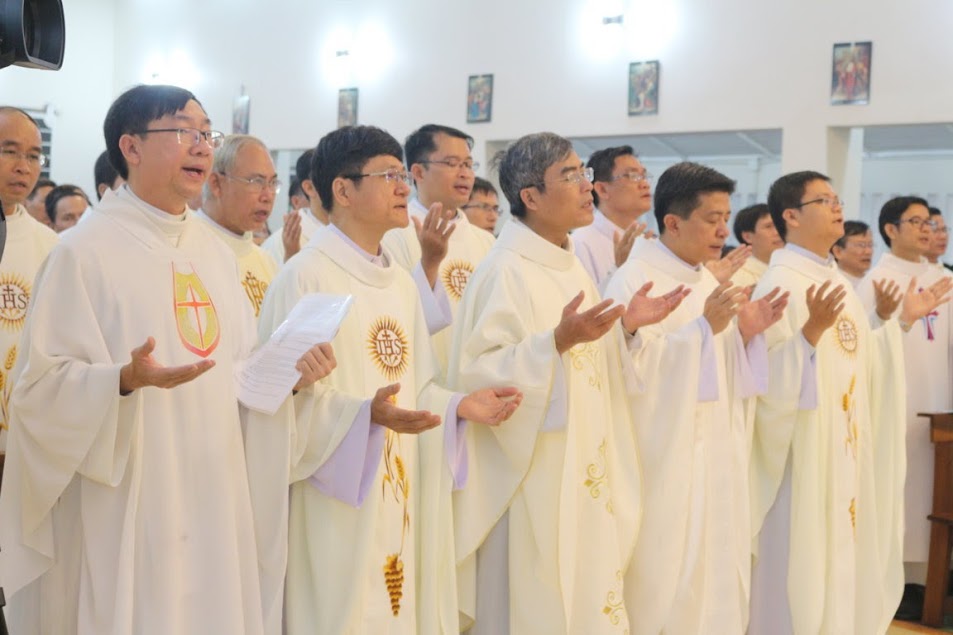 In the Mass, there were a lot of priests, Jesuits and non-Jesuits, who co-celebrated. There were also the parents and relatives of the new Jesuits. They were present in the Mass to pray for their children. Their presence gave an opportunity for the Society to say thank to them for their dedication to God and for the Society. 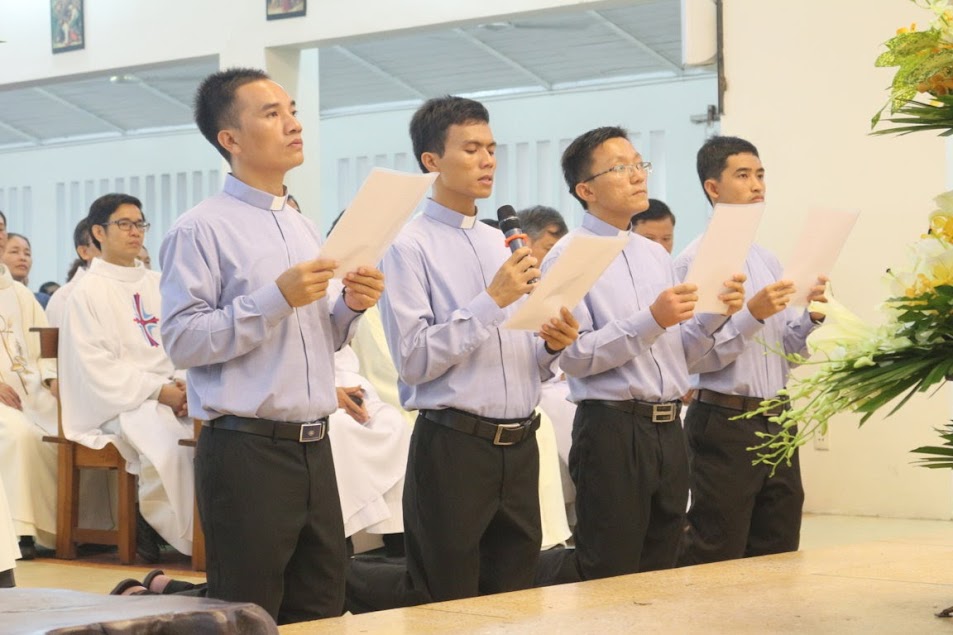 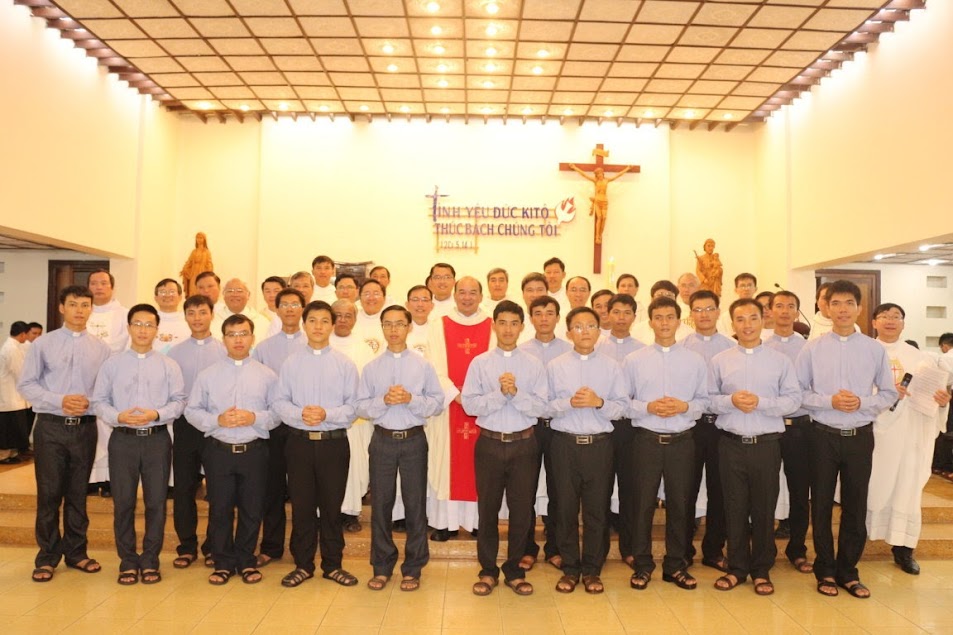 A light meal was prepared for all faithfuls after the Mass.

The first vows have set up a new start for the new Jesuits in their religious life. They have to keep moving on in their journey, entrusting that everybody will pray for them.