Summer Program for Scholastics during COVID-19

Share on facebook
Share on email
Share on twitter
Share on print
Every summer, after their academic year, Jesuit scholastics, both philosophers and theologians of St. Joseph Jesuit Scholasticate (SJJS) in Vietnam, are assigned to different parishes across the country to do their summer apostolic works. These summer assignments allow the scholastics to experience parish life or apostolic work to gain relevant and hands-on knowledge to complement Jesuit formation.

This program, however, had been changed due to the 4th wave of the COVID-19 pandemic that hit Ho Chi Minh City in late July. As a result, 68 scholastics stayed at home and were divided into small groups to work on different house assignments. For example, a group of scholastics (mostly philosophers) was assigned to assist the librarian of the SJJS in collecting and organizing library resources such as books, magazines, manuscripts, and other materials, while another group was in charge of fixing computers. In addition, some philosophers and theologians were assigned to translate the letters of St. Ignatius to the Vietnamese language. The rest of the scholastics helped Father Minister of the community to build a stone path in the community garden and a restroom for the library.

The summer program has ended with an 8-day Ignatian retreat that helps scholastics to refresh their spiritual life, deepen and explore their relationship with God. The retreat is also a time to rest, relax as they draw closer to God. It is a good starting point for the scholastics to be ready for their coming academic year. 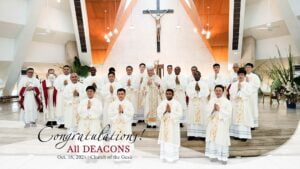 Seventeenth Jesuits, three of them from Vietnam, ordained Deacons in the Philiippines 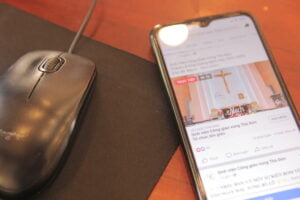 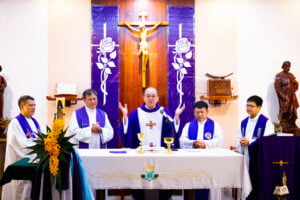 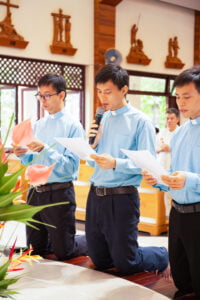 Highlights of the 2021 First Vows Mass 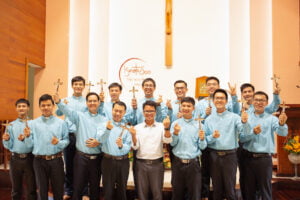